Spectacular waterfront Estate situated on Lake of Two Mountains. This exquisitely renovated residence which was once the residence of Sir John Abbot is sited on a remarkable 39 acres of land. Enjoy close to 600 ft on the water and superior craftsmanship at levels.

Edward S. Clouston purchased Bois-Briant in Senneville from John J.C. Abbotts estate in 1898. John Abbott, named Prime Minister of Canada (1891-1892) after Sir John A. MacDonalds death, had owned this property since 1865 and probably commissioned the existing stone Neo-Gothic house whose architect is unknown shortly thereafter. Many other buildings, such as a barn, mill, greenhouses, icehouses, cottages, were also present at the time of his death in 1893. One of the largest summer properties in Senneville (from the gatehouse to the mansion itself, the driveway extends to no less than 1950 feet), Bois-Briant was considerably remodeled by its new owner. Banker Edward S. Clouston, Vice-President and General Manager of the Bank of Montreal. He commissioned Edward Maxwell the first alterations to Bois-Briant in 1898-1899. Only minor changes such as a bay window added to the all on the ground floor were implemented at that time. The existing Sulpician mill was renovated, and the gatehouse built with Shingle and Tudor style details. Edward Maxwell asked his Boston colleagues, the landscape architects Olmstead Brothers, to redesign the grounds. In 1905, a major addition to the lakeside part of the house called for a new dining room wing to be placed perpendicularly to the north east corner, with new bedrooms upstairs and a portico joining the existing hall wing. Stone and half-timbering used in elevation and a less steep roof profile distinguished Edward and William Maxwell's work but still fitted nicely with the original Neo-Gothic facades. Finally, in 1909, another addition -- a bedroom wing designed mostly by William Maxwell -- brought the length of the house to about 150 feet. Five new bedrooms and 4 bathrooms were added: the first floor's bedroom opened unto a sleeping porch with views on three sides. In elevation, the Tudor character was more assertive than the previous addition, with William's sure handling of proportions, fine detailing and juxtaposition of stonework and half-timbering as well as the confident placement of openings. Landscape architect Frederick Todd contributed plans for the terrace, steps and pergola that overlooked Lake of the Two Mountains (Lac des Deux-Montagnes). Bois-Briant remained in the Clouston family after his death but most of the Maxwell's additions in the Tudor style (dining room wing, portico, bedroom wing and kitchen wing) were torn down during the Second World War, returning the house ironically -- to roughly its original, nineteen-century size and Neo-Gothic style. Save a porte-cochere extending above the driveway and interior alterations, Bois-Briant, the Abbott-Clouston country house has remained the same since.

**Declaration**
-Fireplace(s) and chimney (s) are sold without legal warranty with respect to insurance companies' requirements and/or
regulations.
-The choice of inspectors shall be agreed to by both the buyer and the seller prior to inspection.

View of the water , Panoramic 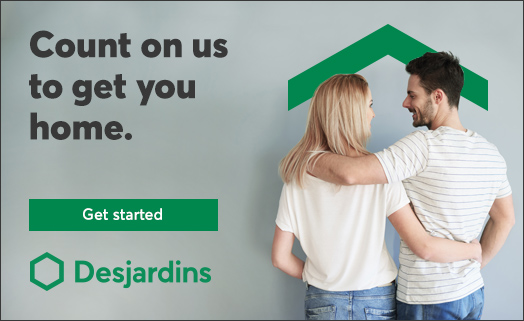 My name is JOSEPH MONTANARO, RE/MAX real estate broker. How may I help you?